This year's service, organised by the churches of Horley, got off to a good start with a joyful rendition of 'O Little Town' around the Town Centre Christmas tree. However spirits were nearly severely dampened, as the Heaven's opened for the most almighty downpour. The decision was quickly made to abandon the precinct and reconvene in Regent Hall.

Once the band instruments had been dried off the service was able to resume. Reigate & Banstead Mayor Cllr Keith Foreman was in attendance to hear the rest of the service and join in with the remaining carols.

Mince pies and other such delights featured heavily in the buffet that was generously provided by Horley Town Councillors in Regent Hall after the singing and service. 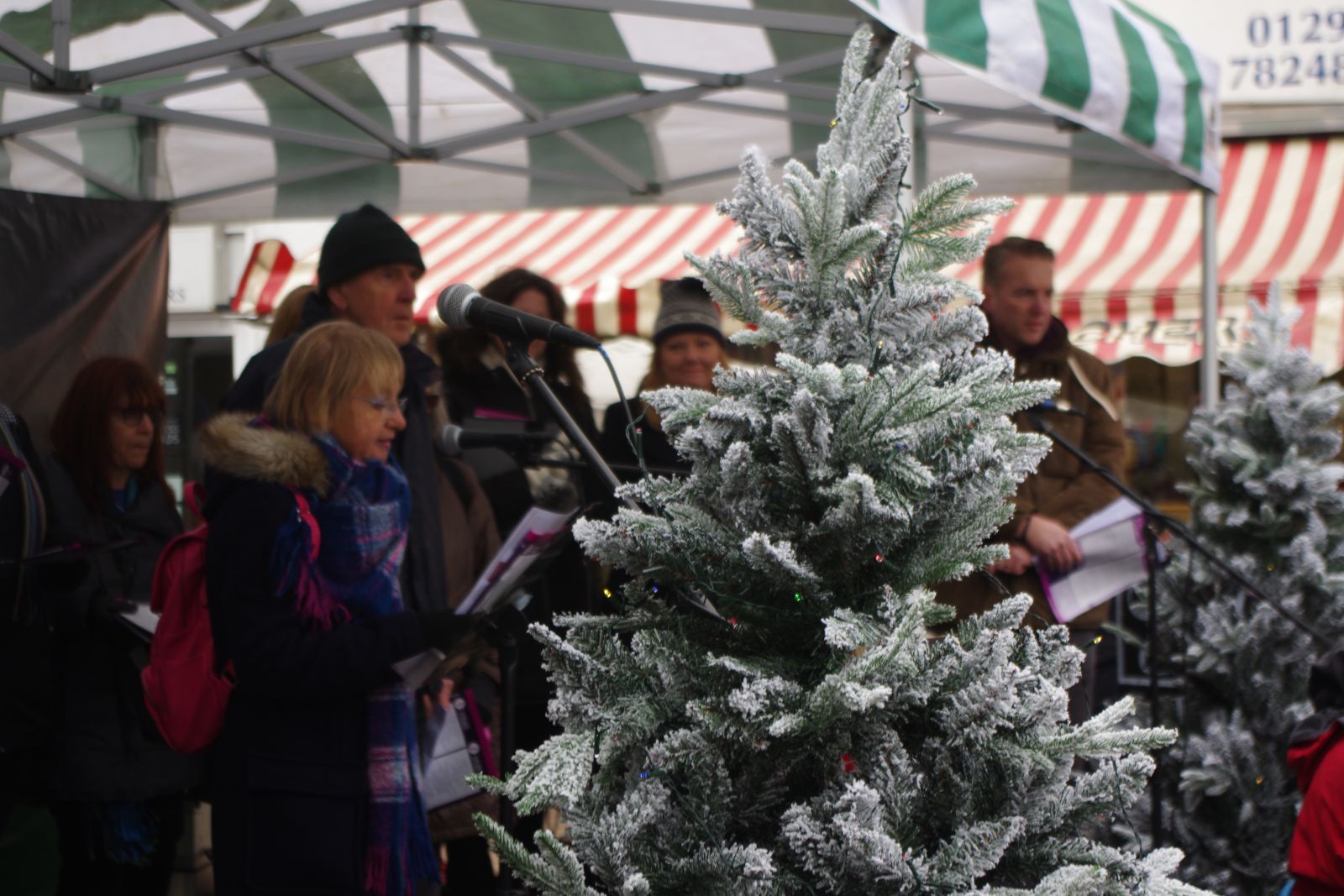