On 13th November, the Remembrance Sunday Parade & Service was held at the beautiful, well-tended Memorial Gardens in Horley, to inspire reflection and remembrance. To commemorate the contribution of military and service personnel and to the heroes who suffered or died in the two World Wars or later conflicts, hundreds of people gathered in a poignant setting to pay their respects in a show of real community spirit with record attendance.

The Parade was led by the Band of the Redhill Corps of Drums, followed by a procession of war veterans, councillors, scouts, army cadets, girl guides and brownies, local schools and other community groups and organisations, marching up Victoria Road from the Royal British Legion Headquarters in Albert Road.

Royal British Legion Branch Chaplain, Reverend Canon Leslie Wells, presided over the service with prayers for peace in the future. Another meaningful address was given by the President of the Horley Branch of The Royal British Legion and war veteran, David Powell. Additionally, poppy wreaths were laid at the Memorial by representatives of the Royal British Legion, local government officials, cadets, schools and many other community groups

As part of the Remembrance Programme held earlier in the week, the National Two Minutes Silence was observed in Horley High Street Pedestrian Precinct at 11.00 am on Friday, 11th November.  The Garden of Remembrance was formally rededicated on Wednesday, 9th November by the Chairman of Horley Town Council, Cllr Samantha Marshall. Pupils from Oakwood School, Manorfield School, Yattendon School and Meath Green Juniors were also present and placed Remembrance Poppies in the Garden in memory of Horley Branch members who sadly passed away during the year. 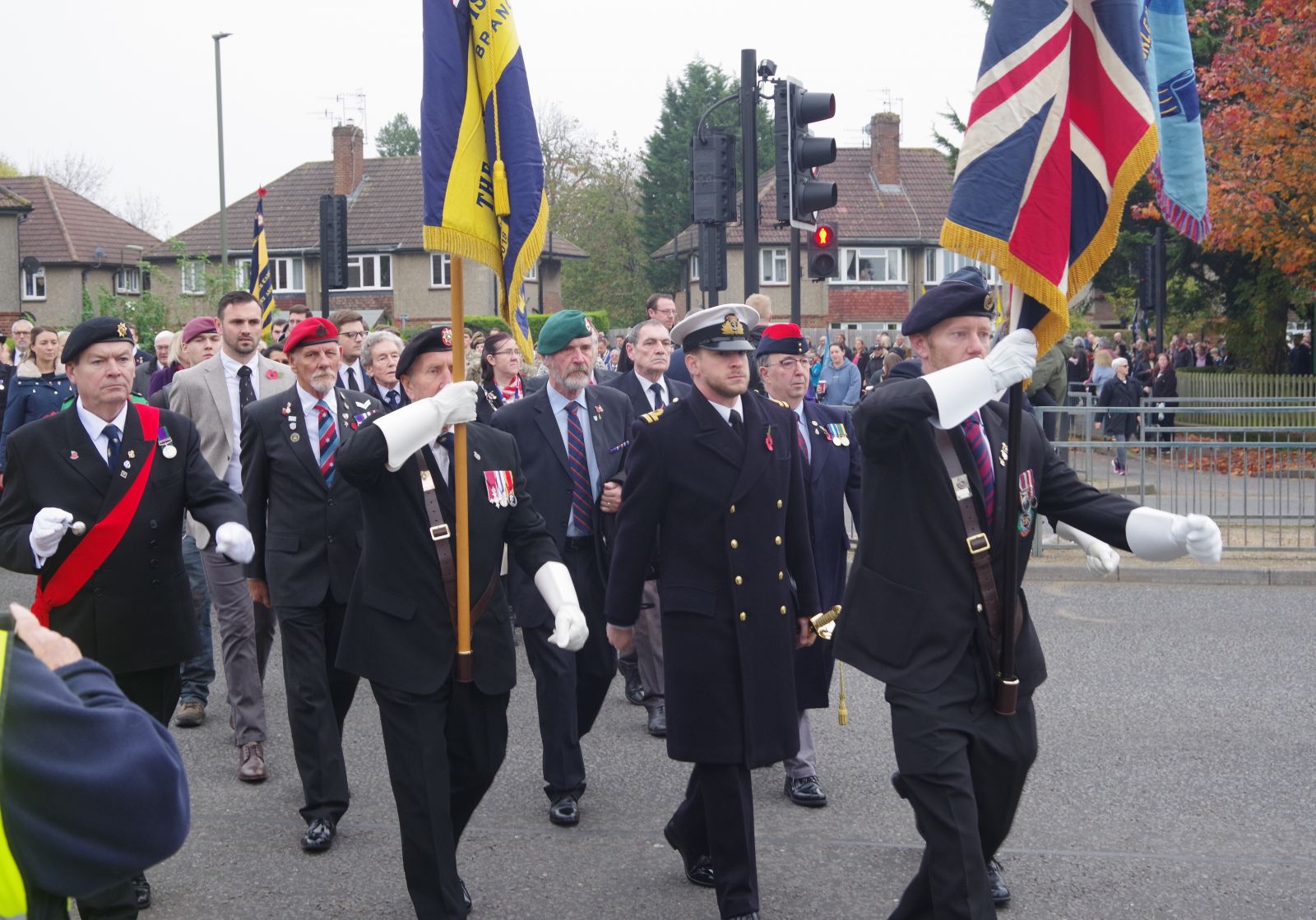 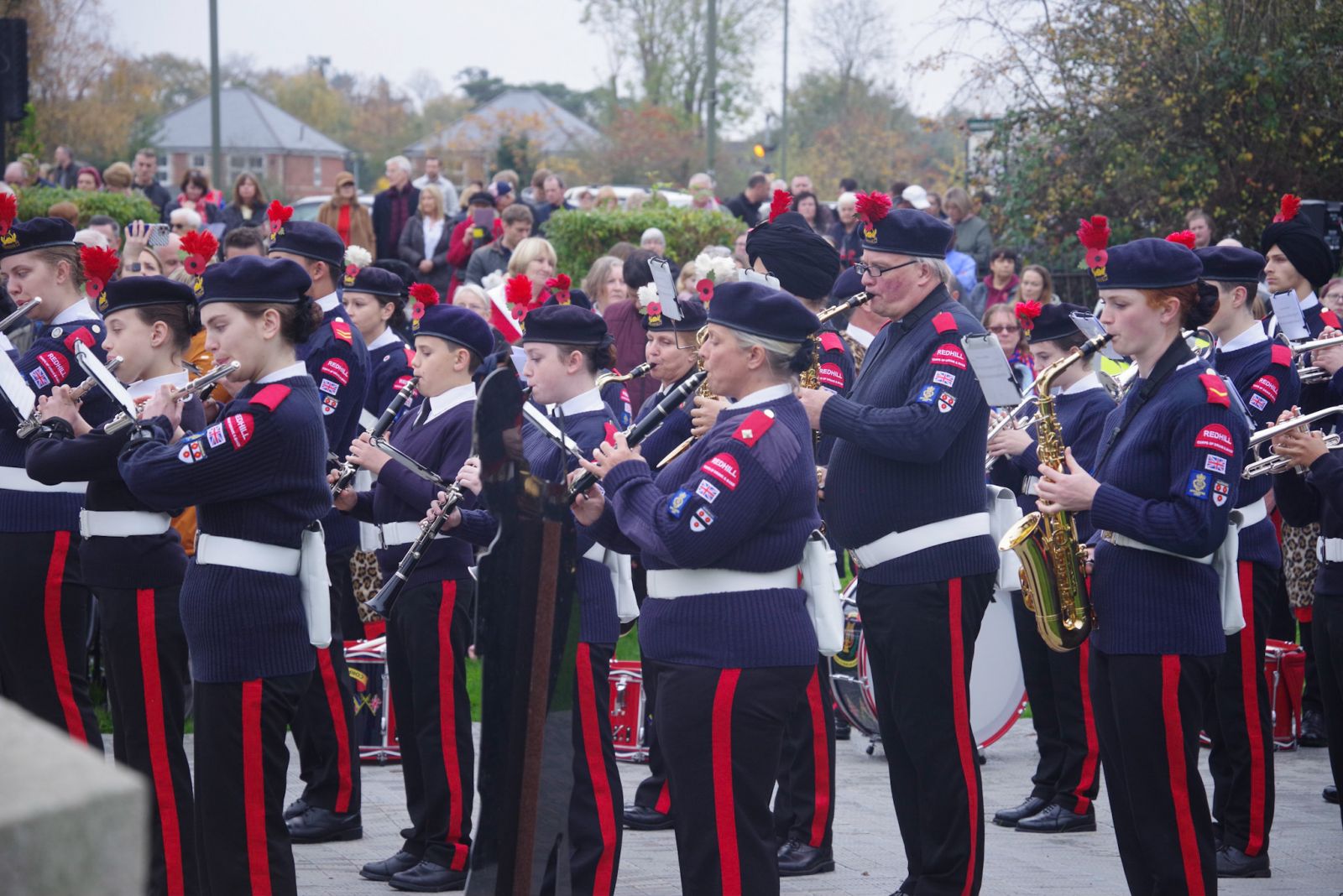 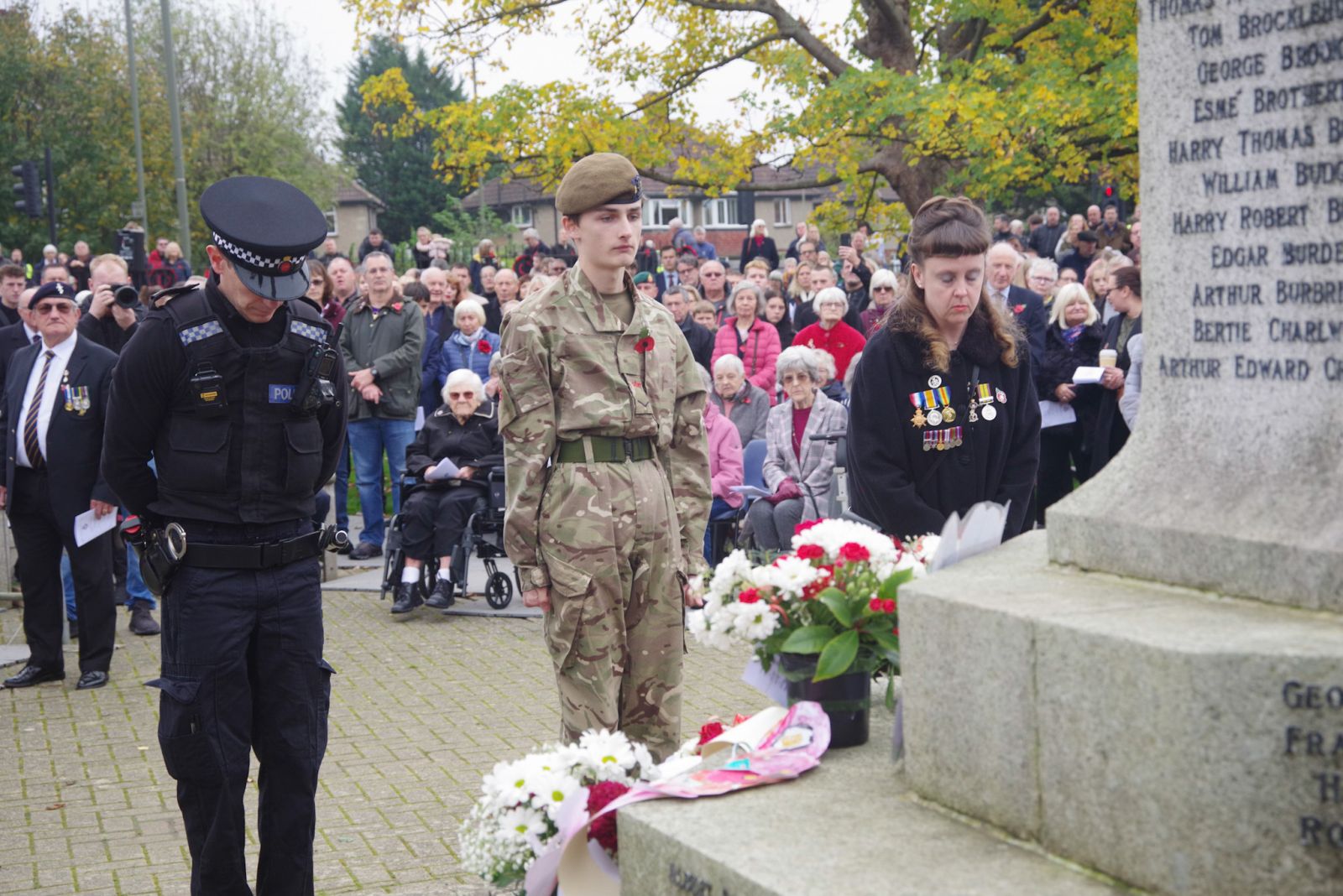 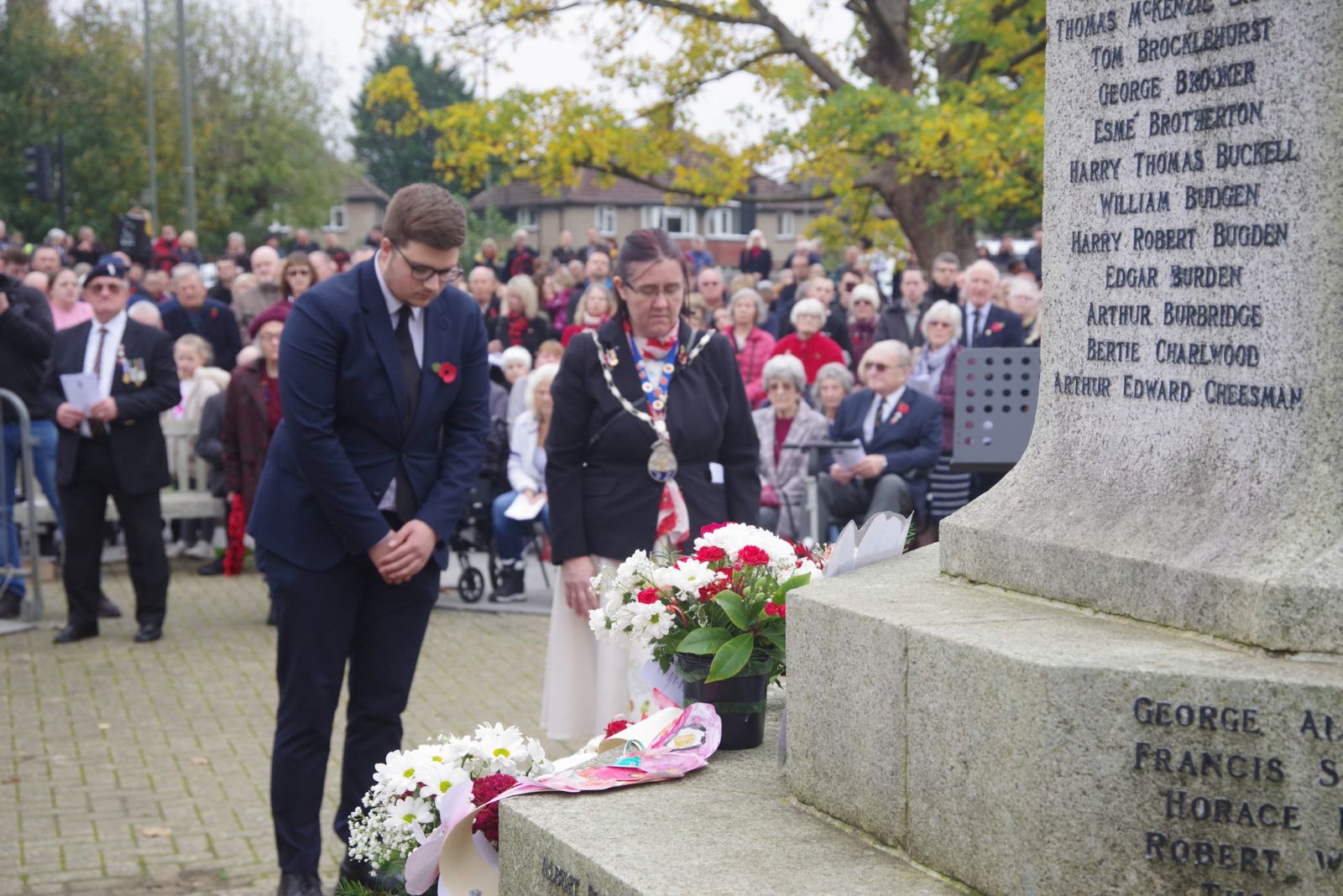 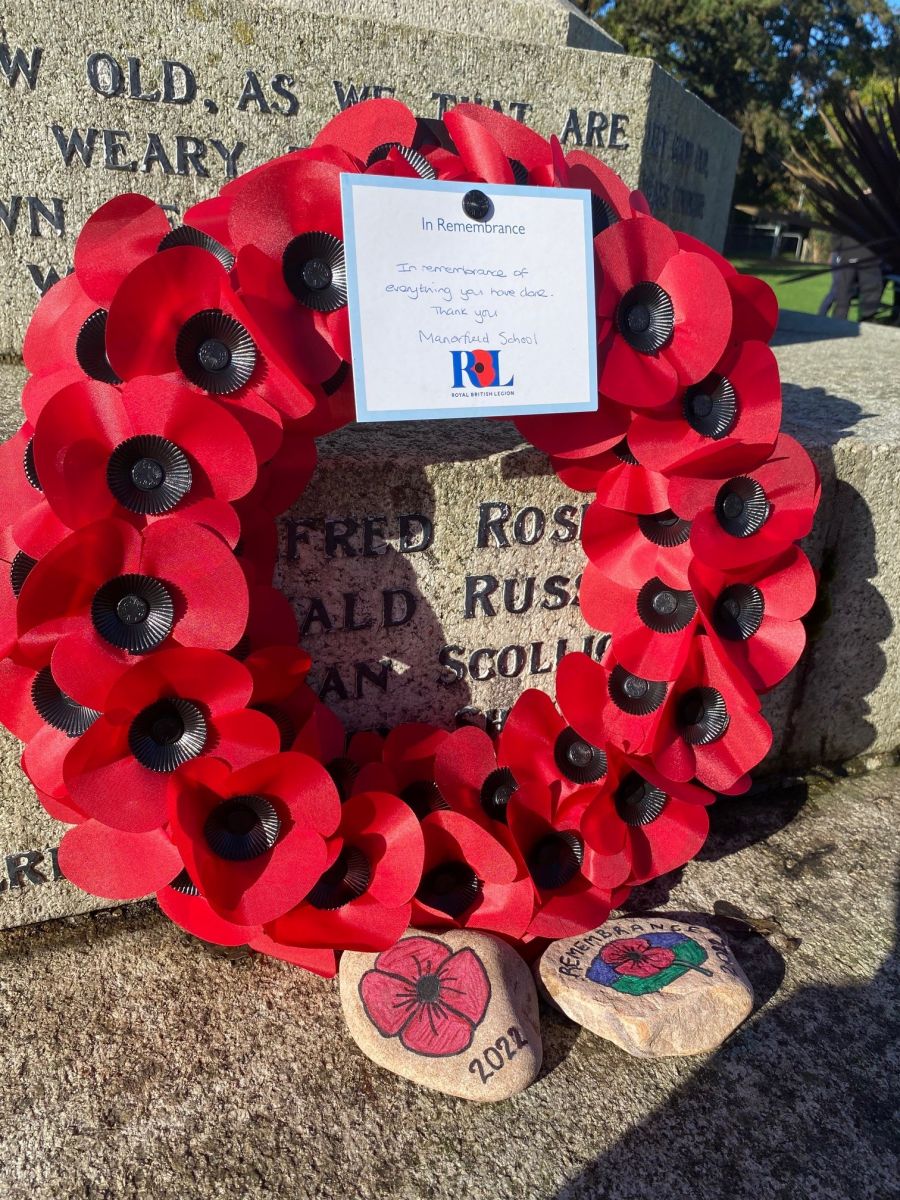 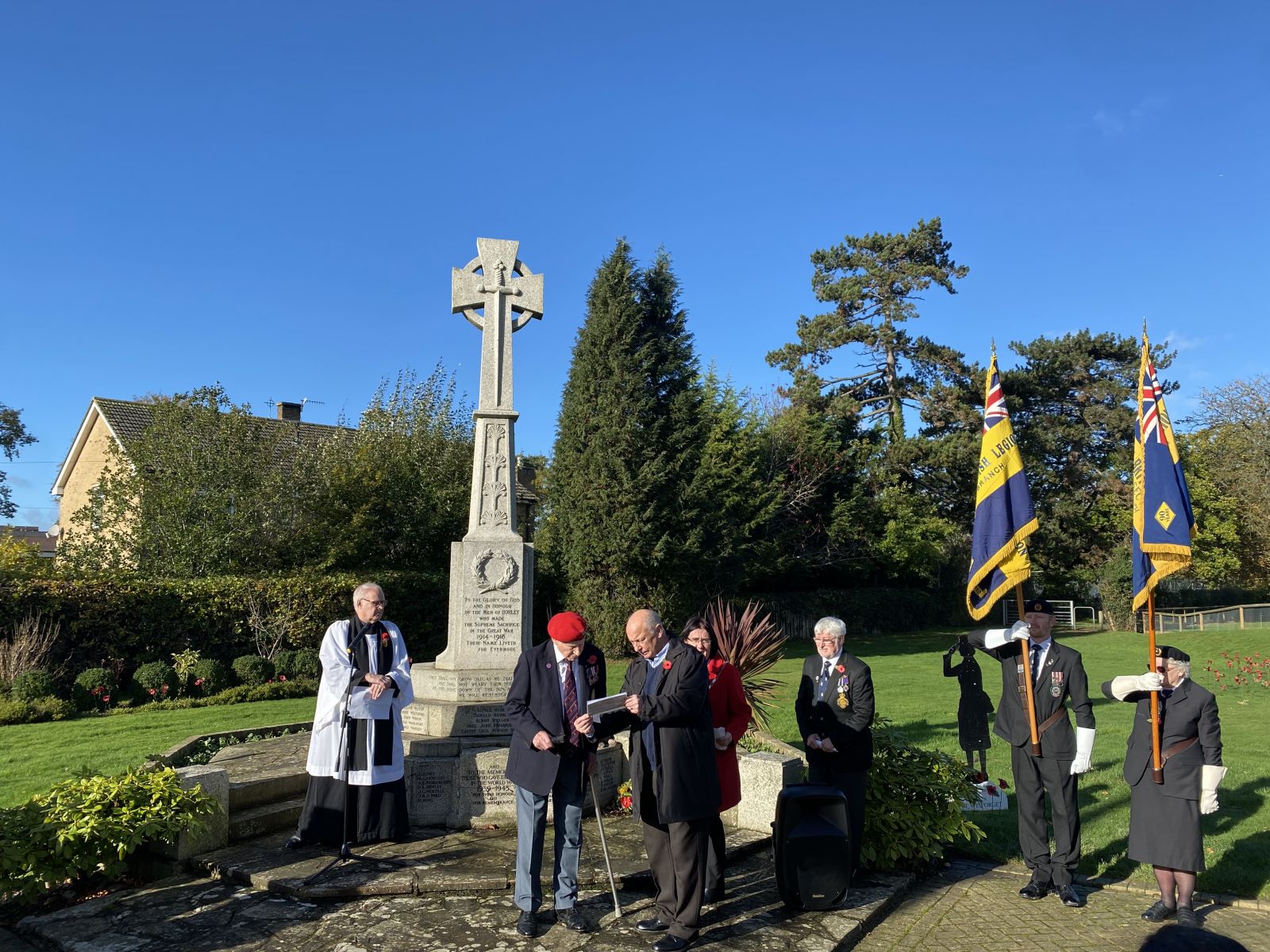 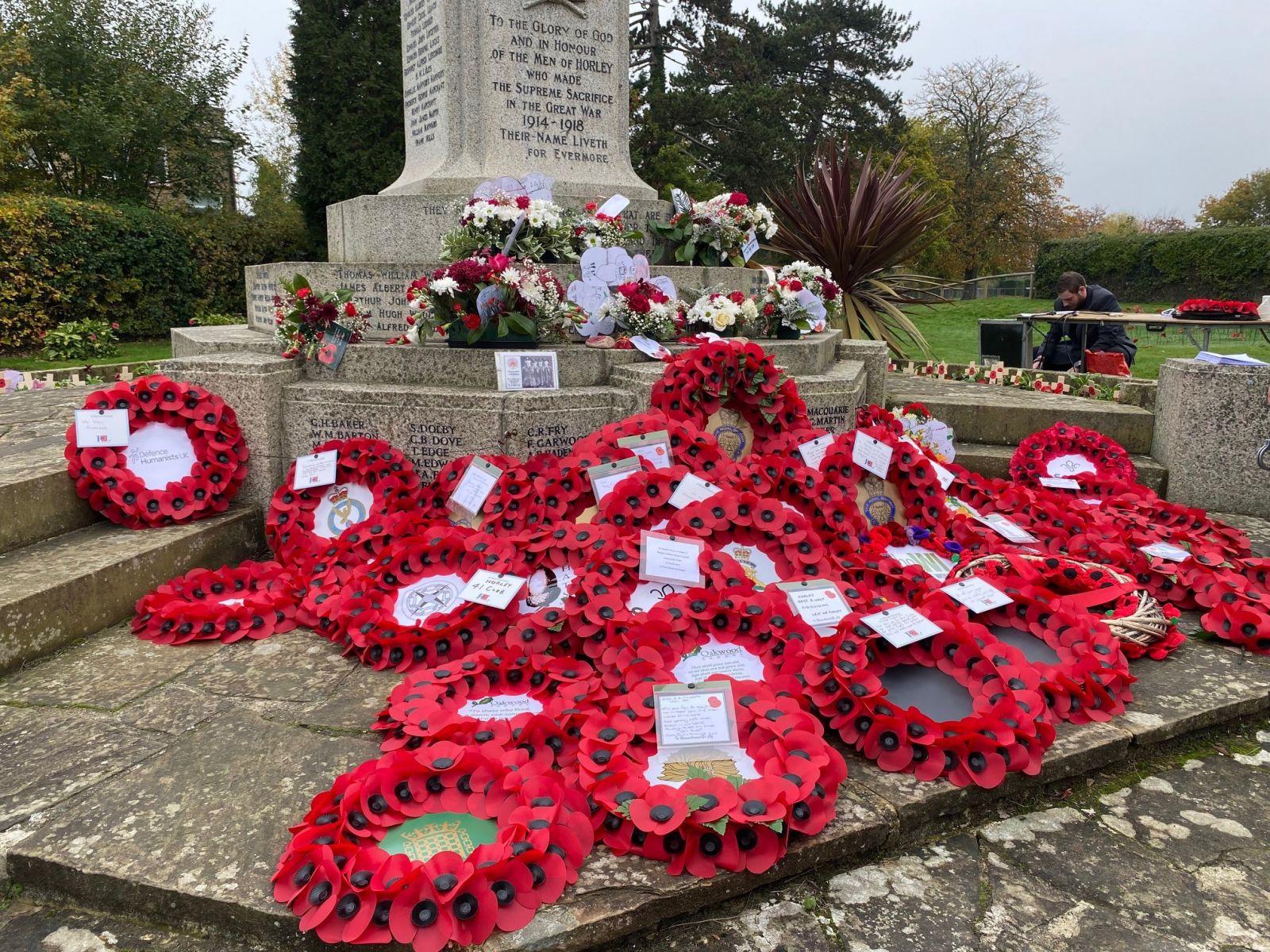 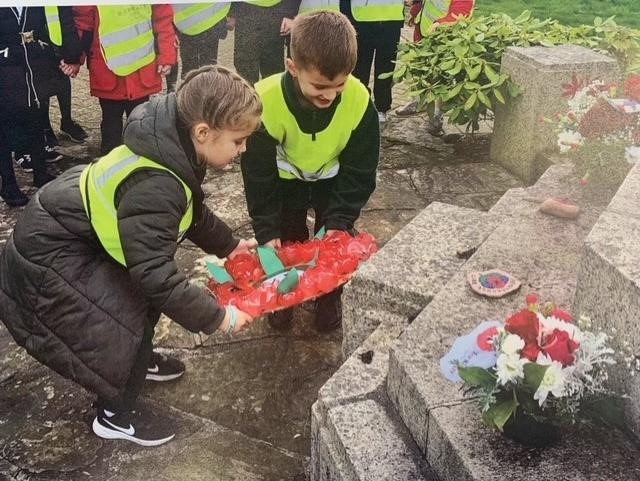