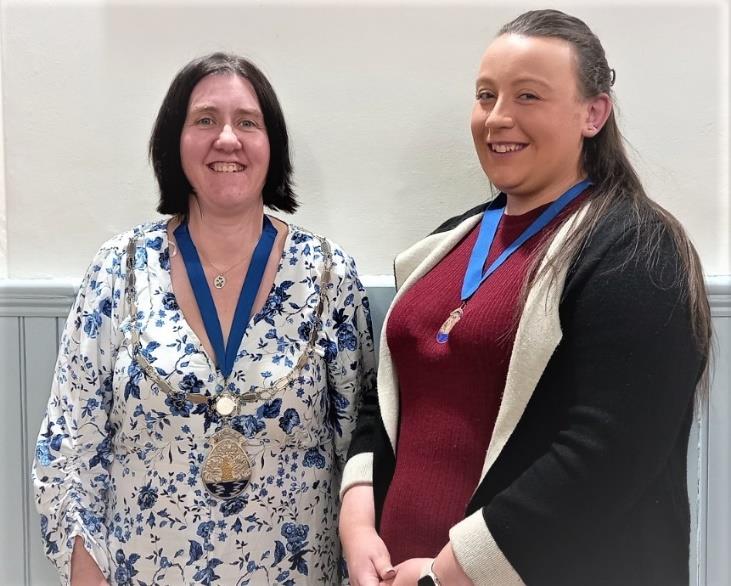 Cllr Marshall grew up in Horley and she works in Accounts Payable at East Surrey Hospital. She thoroughly enjoys the challenges of being a Councillor and is very proud to be reappointed as Council Chairman & Town Mayor, following in her father’s footsteps as a past Town Mayor. Cllr Avery has lived in Horley for most of her life and has a passion to continue to help the town flourish. She has recently graduated and is in the process of gaining Qualified Teacher Status.

On accepting her appointment, Cllr Marshall said:
“I am thrilled to be re-elected to the office of Council Chairman & Town Mayor for another year. I look forward with great enthusiasm in the year ahead and to serve the Horley community in the best way possible. To be only the third woman in the Town Council’s 128 year history to be Council Chairman fills me with much pride, as I have said previously, and this is even more meaningful this year on the appointment of Cllr Hannah Avery as Vice-Chairman and Deputy Town Mayor. I wish her every success and fulfilment in her public office role.”

On accepting her appointment, Cllr Avery said:
“I am honoured to have been elected as the Vice-Chairman and Deputy Town Mayor and look forward to working with Madam Chairman.”

At the first meeting of the Municipal Year, all Members were appointed to the main Committees and the Committee Chairmen and Vice-Chairmen were also elected. The schedule of Council meetings for the Municipal Year 2022/23 is available on the Town Council’s website and community notice boards.