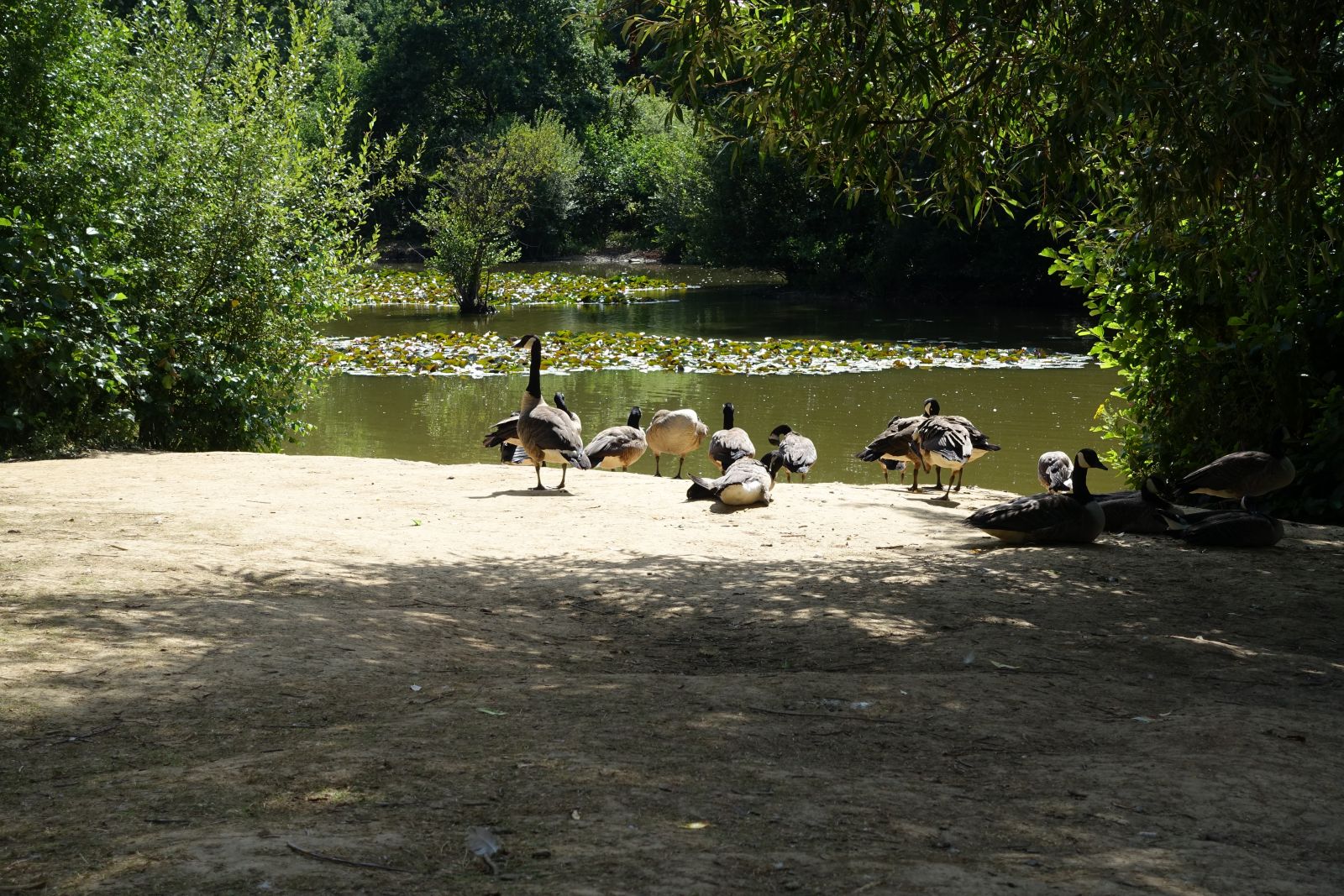 Riverside Garden Park was originally part of the large Horley Common.  Later it was enclosed and farmed, before a racecourse was developed on neighbouring land.  In the 1930s, the racecourse land was incorporated in the new Gatwick Aerodrome.  Since then the site boundaries have been fixed by the expansion of Horley and Gatwick Airport.  The adjacent residential development took place in the 1950-60s.

Current Use: Riverside Garden Park is a well-used public open space, with a mix of woodland interspersed with grassy glades.  It is partly bounded by the Gatwick Steam and also has a man-made lake. The site is an island of green in a very urban setting.  The area is dominated by Gatwick Airport, though this is not actually visible from the Park. The A23 runs adjacent to the site although trees and an embankment largely screen it.  The Park thus serves a significant role in the local landscape for the community, both locally and from further afield.  The site is a favourite local dog-walking venue. Local fishermen and those from further away visit the site to fish the Gatwick Stream and the lake.  Many cyclists use the cycle path to get to and from Gatwick Airport.

Future Use:  Riverside Garden Park is identified as part of the Horley Green Chain, a belt of public open spaces (which are in the flood plain and thus not developable) which will help meet Horley’s needs for informal recreation and leisure.