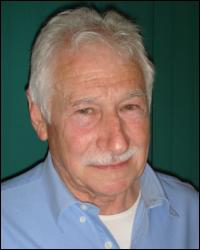 Leisure and Amenities
Finance and General Purposes
Planning and Development

David spent 25 years in the British Army with the Royal Military Police. He spent 2 years in Saigon protecting the British Embassy  during the Vietnam conflict and notably found himself under fire whilst trying to reach the British Embassy at the start of the Tet offensive in 1968. He eventually left the army as a Regimental Sergeant Major in 1979.

After leaving the Army David managed Kensington & Chelsea’s Environmental Enforcement Services for the next 10 years, before being recruited to manage the then start -up French Waste management company Veolia. Whilst working for Kensington & Chelsea he was asked by the Ministry of Defence to join the TA to rescue a failing unit which he was able to do. David left Veolia as Managing Director in 2000 but despite his intention to retire David started receiving calls from other Councils around the country asking for help to improve the productivity of their waste management services. Eventually at the age of 78 David decided it really was time to retire.

David and his wife, Bee, moved to Horley from London in 2001 and he became a Town Councillor in 2002 and a Borough Councillor from 2010 -2017. David has been both a Borough and Town Council Mayor and is also the President of the local branch of the Royal British Legion.

In 2013 when he was 78 he read about a 70-year-old from Essex breaking the age-related world record skydiving from 30,000ft free falling at 300mph. It was coming up to the Centenary of the start of WW1 and he was looking for a project to raise money for the RBL. He thought ‘If he can do it so can I.’ The only person in the world who has a license to train civilians for this is in Memphis, USA so David went out there to do the jump. He enjoyed it so much he did it again aged 80 when Borough Mayor, and also as a birthday treat for his 82nd birthday. David holds the world record for the oldest person to do a HALO (High Altitude Low Opening parachute jump as performed by Special Forces) from 30,00ft.  In 2020 David walked the equivalent distance from Horley to the Menin Gate around the Horley Recreation Ground to raise funds for the burnt down Earl Haig Club.