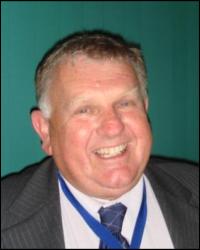 Simon Marshall is a Town Councillor for the North Ward and is a member of the Conservative Group. He joined Horley Town Council in 2002, having previously served on the council from 1976-1987.

Continuing with Simon’s long interest in Leisure & Amenities, Simon has also chaired that committee twice for the town council, from 2002 to 2007 and again from 2013 to present. He was very honoured to be Chairman of the Town Council and Town Mayor from 2007 to 2012, marking the longest peace-time term of office in the history of the council.

Simon has lived in Horley since 1973, moving here as a newly wed with his late wife, Valerie, who was also a Town Councillor until her passing. Their  daughter, Samantha, is also a town councillor.